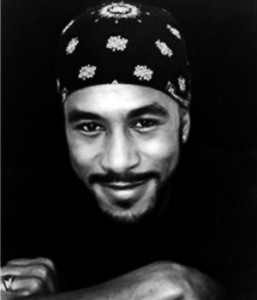 Danny trained at the Omnibus Theatre Company and Anna Scher Children’s Theatre. His theatre credits include NIGHT AND DAY at the Watford Palace Theatre, the UK premiere of CARMEN JONES at the Crucible Theatre, Sheffield, DESTRY RIDES AGAIN at the Donmar Warehouse and LABELLED WITH LOVE at the Albany Empire.

He has just completed a run as “Old Mac”in PLAYBOY OF THE WEST INDIES at the Tricycle Theatre London and Nottingham Playhouse, directed by Nicholas Kent.

In the West End, Danny has appeared in BARNUM at the London Palladium, CATS at the New London Theatre and TIME at the Dominion Theatre. He created the role of ‘Rocky 1’ in STARLIGHT EXPRESS at the Apollo, Victoria, and was ‘Dink’ in the first West End production of CARMEN JONES at the Old Vic Theatre for director Simon Callow and musical director Henry Lewis.

In 1994, he played ‘Avery’ in August Wilson’s THE PIANO LESSON (directed by Paulette Randall) and ‘Mac’, the Playboy’s father, in THE PLAYBOY OF THE WEST INDIES (directed by Nicolas Kent) at the Tricycle Theatre, with PLAYBOY also touring to Southampton and Galway, before going on to appear in THE ROVER at Jacob Street Film Studios, directed by Jules Wright for the Women’s Playhouse Trust – the production was also filmed by BBC Television.

In 1995, Danny created the role of ‘Neal’ in LONELY HEARTS, a new musical by Trisha Ward, at the Oxford Fire Station, before going on to play ‘Robert Sideway’ in OUR COUNTRY’S GOOD at Theatr Clwyd, directed by Deborah Bruce.

Danny played “Jimi Hendrix” in a production called THE DEVIL’S INTERVAL which marked the year in which Jimi Hendrix would have been 60 – at The Handel Museum in Brook Street, London.

Early TV credits include ITV’s HARRY CARPENTER NEVER SAID IT WOULD BE LIKE THIS and THREE OF A KIND, the winning British entry for the Silver Rose of Montreux in 1982; and Danny went on to appear in MARMALADE ATKINS, the British entry in the 1983 Festival.

He created the role of ‘Cat’ in the sci-fi comedy series RED DWARF and has so far starred in all series – including the 3 part 2009 Special “Back to Earth” for Dave – shown over Easter which produced record viewing figures. Danny also had a UK hit single (as ‘The Cat’) with Tongue Tied, a song from the second series. Red Dwarf VI shared the 1994 Emmy for Best Television Comedy and was voted the Best BBC Sitcom at the British Comedy Awards. He also created the role of ‘Barrington’ in the BBC Television children’s drama, MAID MARIAN AND HER MERRY MEN, which ran for four series on BBC1. Other credits include ‘Lord Brittas’ in Lifetime TV’s RUNAWAY BAY, ‘Captain Electric’ in SPATZ for Thames TV and ‘Andy Brown’ in the tenth anniversary special edition of THE BILL. Other television includes ‘Byron Lucifer’ in the revival of the cult children’s TV series THE TOMORROW PEOPLE and ‘Eddie Hair’ in BBC TV’s THE DEMON HEADMASTER.